Enjoy Vienna City Highlight Tour with included skip-the-line ticket to Schönbrunn Palace. During the tour you’ll get acquainted with all the major tourist attractions of the city. You’ll drive along the Ring, Vienna’s most famous boulevard with its numerous sights: State Opera House, Hofburg, National museums, Burgtheater, City Hall, Parliament and Vienna University alongside beautiful green parks and historical monuments.

This tour is among our regular tours and is available for your convenience every day.

DESCRIPTION
At one of the stops during the tour you will have a chance to see famous Hundertwasser House and take photos of this unique building with it’s colourful facade  before driving by the Prater park with the Giant Ferris Wheel, one of Vienna’s most well-known sights. After that we’ll cross the Danube River and find ourselves in modern Vienna and take a closer look at the impressive contemporary skyline: skyscrapers in Kaisermühlen and the UNO-City, which reveal Vienna as a modern cosmopolitan metropolis. You will return along the Ringstrasse and Schwarzenbergplatz to Belvedere Palace, one of the most outstanding examples of baroque architecture anywhere in the world.

At the end of the tour you’re going to visit the number one attraction in Vienna – Schönbrunn Palace. Thanks to the included skip-the-line ticket, you can save time and enjoy fascinating Imperial Touightseeing tourr through 22 rooms with an audio-guide in the former summer residence of the Habsburgs. Afterwards you can spend some time exploring the splendid gardens of Schönbrunn or visit Schönbrunn Zoo, which is at the same time the oldest and one of the most famous zoos in the world.

End of the sightseeing tour is at Schönbrunn Palace.

Hotel pick-up starts approx. 45 minutes before the beginning of regular tour. Waiting time could be up to 30 minutes.

Our travel guide Alex was very knowledgeable, friendly, informative & went out of his way to answer everyone’s questions!

Very beautiful! Splendid garden! The tour is very informative, you can learn about the history of Austrian nobility.
And it was interesting to know that our princess Leopoldina lived there! 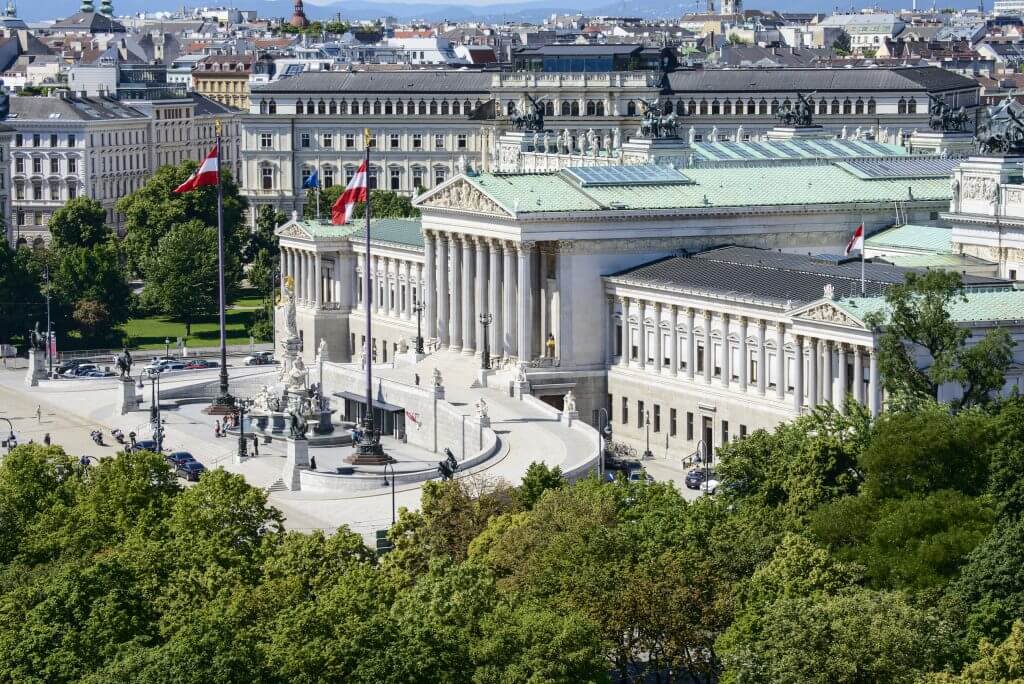